Microcystins are cyclic peptides, which primarily target the liver (hepatotoxins).

There are more than 80 naturally occurring structural microcystin variants of which, Microcystin-LR is the most common and the most toxic.

The Cyanobacteria genera known to produce microcystins are Microcystis, Dolichospermum (Anabaena), Planktothrix (Oscillatoria), Nostoc, Hapalosiphon and Anabaenopsis.  The most common of these, known to form algal blooms world-wide, is Microcystis. 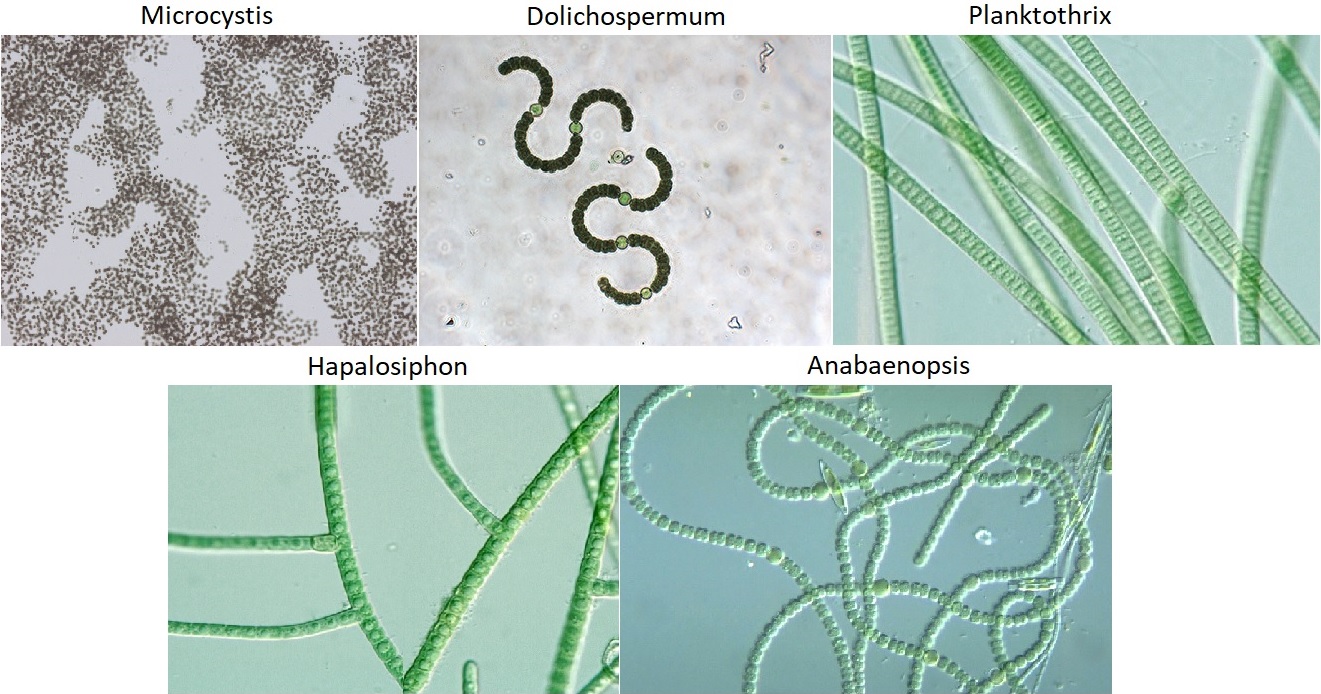 The typical exposure routes these toxins in humans and mammals are by ingestion (swallowing), direct skin contact with or inhaling contaminated water or aerosols.  Aeroslised cyanotoxins, Microcystin and Nodularin in particular, can travel many kilometres from the source water without undergoing any degradation.

Microcystins are generally stable over a wide range of conditions (e.g. temperature and pH), as such, boiling drinking water suspected to contain microcystins will not render the toxins harmless.  Microcystins are produced inside the cyanobacterial cells (endotoxins) although some “free” toxins are usually found in the water surrounding the cells.  Any activity which will cause the cells to degrade and rupture, including chemical treatments aimed at “killing off” an algal bloom, may result in a spike in the amount of “free” toxins in the waters as these are released from the ruptured cells.

Symptoms of acute exposure to Microcystins include skin rashes, hives or blisters for direct contact; abdominal pain, vomiting and nausea, diarrhea, headache and blistering around the mouth for ingestion, and, for inhaling include sore throat, chest pain, dry cough, pneumonia and asthma-like symptoms or allergic reactions.

Symptoms of acute exposure can present in as little as a few hours or days, but generally, the symptoms take around a week to show up.  There is no treatment for Microcystin poisoning other than to cease contact with the source of the toxin.


Symptoms of chronic, long term exposure to non-lethal doses, associated with damage to the liver include jaundice, bleeding, swelling of the abdomen, mental disorientation or confusion, sleepiness, or coma.

There is some evidence to suggest that Microcystins may be carcinogenic, particularly concerning liver and colorectal cancers, but this evidence is still tentative.