“It can kill you in seconds”, “Killer slime”, “Sea of sludge”, “Deadly algae on French beaches” ….. The subject of this blog is certainly something that is great headline fodder for the tabloid media.

Unfortunately, on this occasion, these and similar headlines are more truth than sensationalism.

That common green algae that grows in rock pools and on jetty pylons etc. that many of us would be familiar with, Ulva or “sea lettuce”, is wreaking havoc on beaches in the Brittany Region of France. 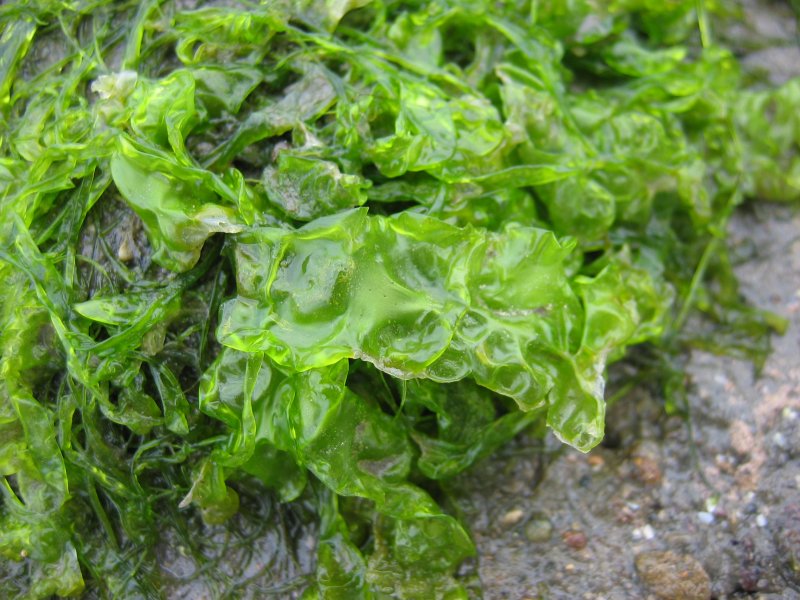 It’s not that this alga is toxic or even harmful in its own right (in fact it is edible), but it is present along this part of the French coastline in such large quantities that, as the biomass inevitably decomposes it releases toxic hydrogen sulphide gas.  This release of gas is not a slow diffusion of the gas into the surrounding environment, however.  If it were, while still being an issue of concern, it would not be receiving the “deadly” label that it is.

The problem is that the gas is building up under the thick floating mats of algae and, when disturbed, large pockets of gas are “burped” out.  If the “burp” was caused by a person walking over the algae, for example, the sudden release of this gas could quickly overwhelm the person causing them to lose consciousness and stop breathing. 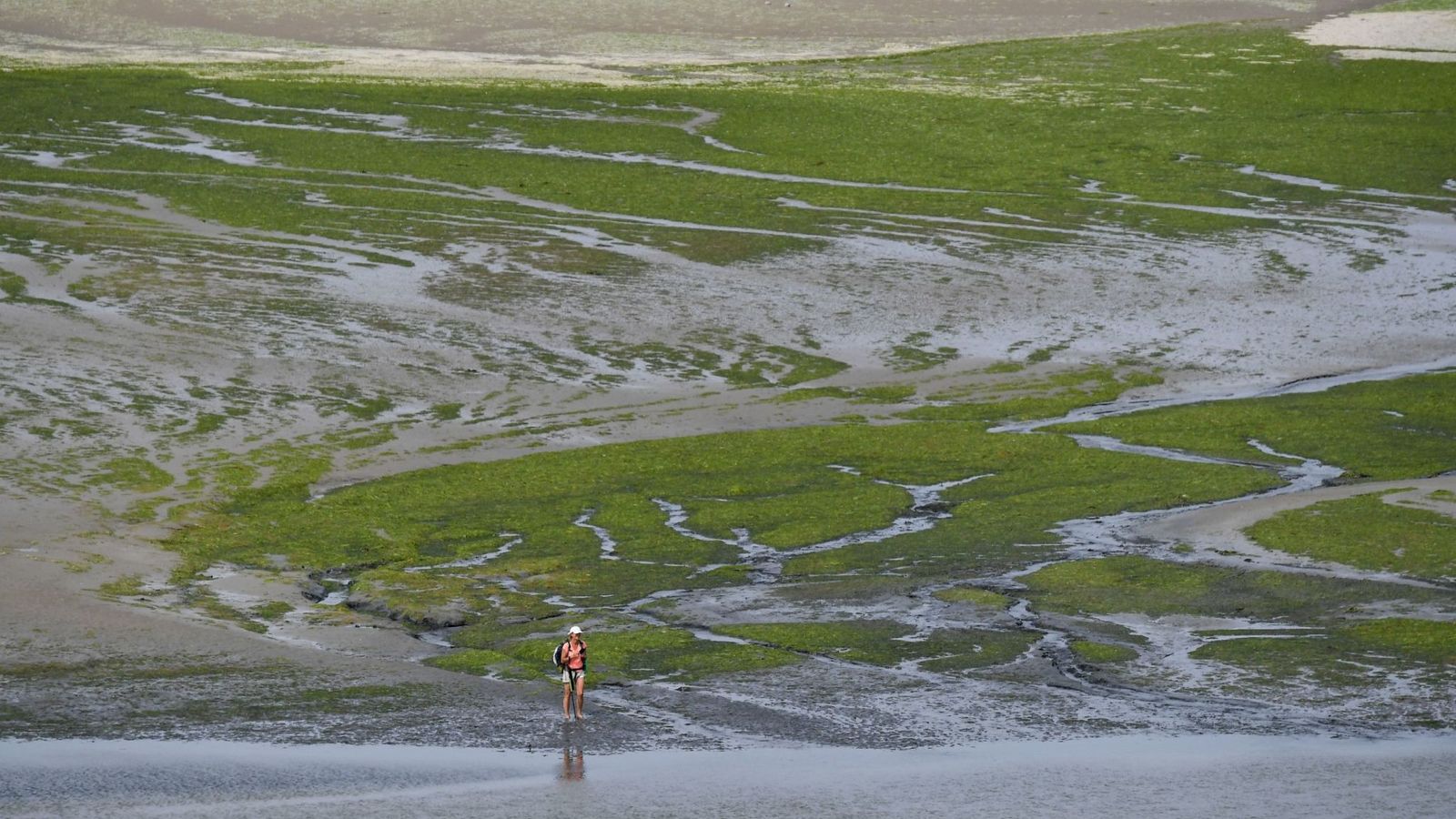 Local media outlets report that at least three people and a large number of animals – including wild boars, dogs and a horse – have died after inhaling hydrogen sulphide released by the algae. 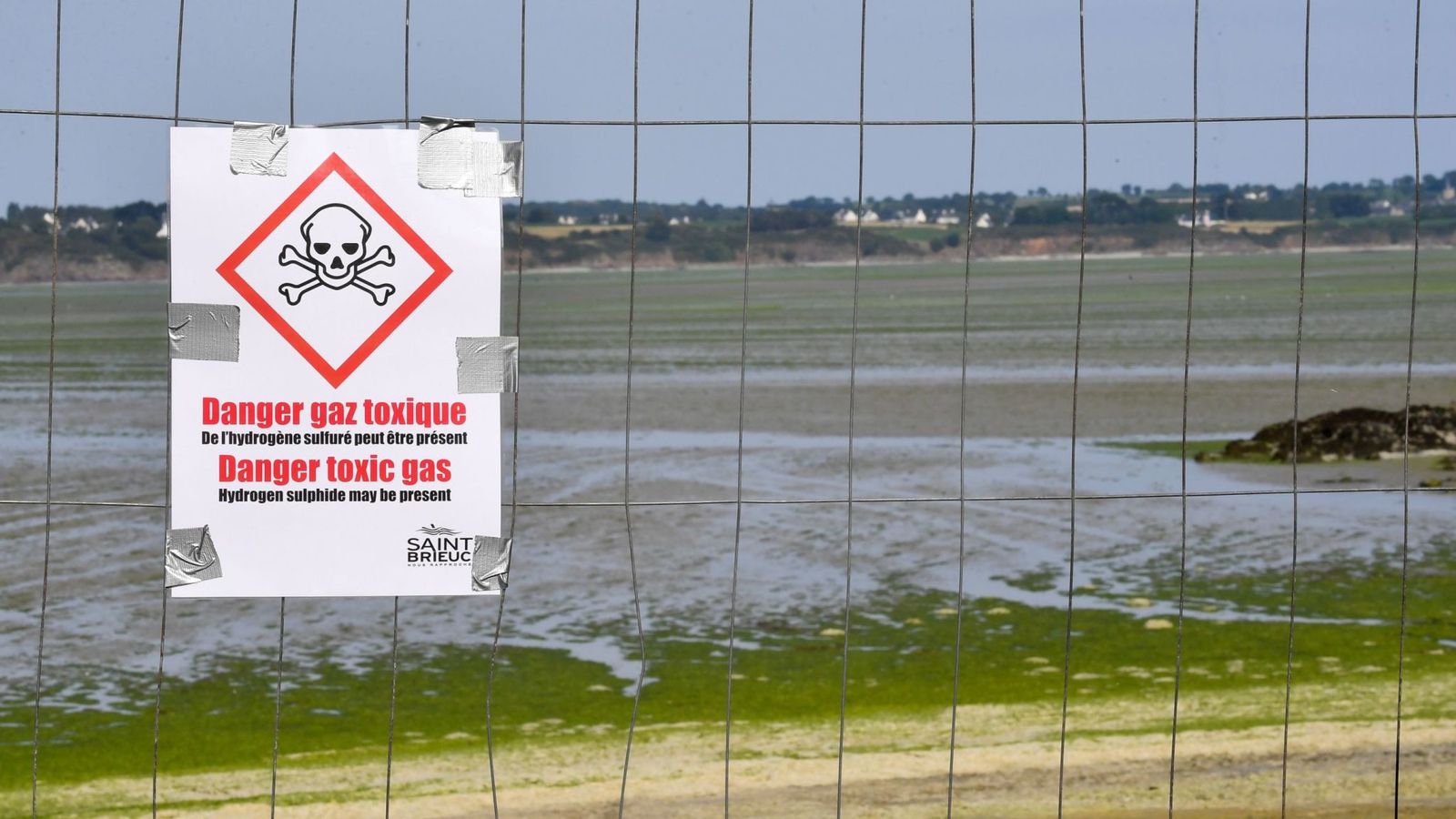 Although the situation in this region is now worse than it has ever been, it is not a new phenomenon.  Initial concerns about excessive Ulva biomass in this region were raised in the 1970s with the first potential human fatality due to the toxic gas being recorded in 1989.

The proliferation of this alga in this area has been linked to the development of agro-industry in the region, particularly pig, cattle and poultry farming, which is a cornerstone of the Breton economy.