I have been researching the wetlands around Perth and the Swan Coastal Plain for well over 20 years now.  Back when I started, it was estimated that about 75% of the wetlands in the Perth area had already been lost, mostly to drainage, market gardens and urban expansion.  I refer to them as wetlands and not lakes as, before European settlement, most of them were wetlands and seasonal ones at that.  The type of “scenic” lake that has popped up since did not exist back then, they are a modern invention designed to look nice, provide some public amenity (parks and open space etc.) and also to be a receiving environment for our stormwater network.

Since the mid-1990s, I have witnessed the impact of our drying climate on these lakes/wetlands, which has further reduced their number and increased the degree of stress on those that remain.

One of the more significant changes I have noticed is in the intensity and seasonality of algal blooms.  These have always been a common phenomenon in the lakes/wetlands of Perth, as many of these wetlands are nutrient-enriched and shallow.  However, they were mostly a late-spring, summertime occurrence.  Now, in many of the lakes/wetlands that I visit, algal blooms are present almost all year around.  This will be the subject of an upcoming blog.

This blog is about your dog.

Dogs are particularly susceptible to cyanotoxins, the toxins produced by cyanobacteria (blue-green algae) which are responsible for the algae blooms in our lakes (we will discuss these toxins in more detail in another blog).

Dogs can come into contact with these toxins by swimming in or drinking the water or by walking over or rolling on the grass and sediment which has the algae on it (waterbirds frequently leave the water and are dripping with algae as they walk across the grass). 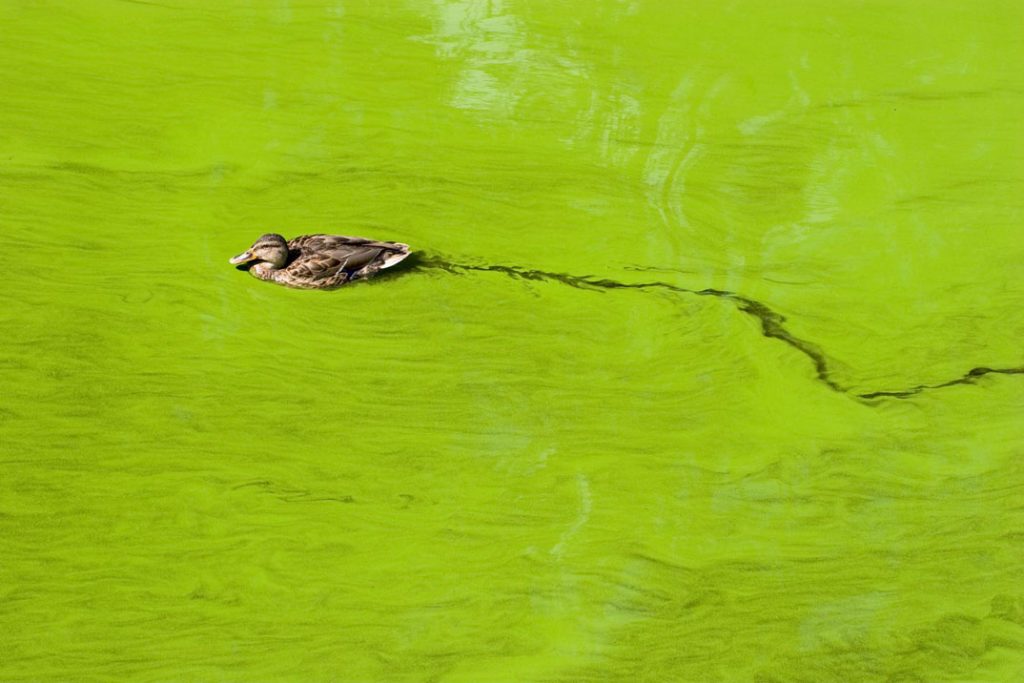 Symptoms of exposure can include:

It is becoming more of a reality – be vigilant

There is no “antidote” to these toxins but the poisoning is often treatable, although full recovery may take weeks or months. Treatment needs to be prompt, and the cause needs to be clear or readily ascertainable.  Many of the symptoms of cyanotoxin poisoning may be easily misdiagnosed unless there is a reason to suspect cyanotoxins.

So be aware of the risks when you are out and about and prevent, or a least restrict, your dog’s access to water when there is any sign of discolouration.

Don’t let this be your dog(s).

Here are some links from around the world documenting dog fatalities due to cyanotoxin poisoning from July and August this year alone.